Why the recent school shootings? There is no doubt a multitude of tangled root causes, but towards the top of the list, there must be an acknowledgment of a few central failures.  We have, for one, collectively turned our backs on God, and many have worked tirelessly to remove signs of faith from daily lives, deadened the value of life with the Culture of Death, attacked empathy with invasive and cruel technology, and, I would argue, refused to take any serious degree of responsibility for our family’s personal safety. In fact, a distant relative of mine was one of the first in the country to file a lawsuit about prayer in schools.  This change doesn’t seem to have helped so much, has it?  Even law enforcement dropped the ball in the most recent case when they failed to appropriately follow-up on credible tips about the shooter.  Is it any wonder these shootings are happening more regularly?

In my opinion, we’re witnessing a perfect storm of a variety of societal factors: loss of sacredness of life (Culture of Death), loss of spiritual dimension to lives, loss of empathy attributed to both technology and media (glorification of violence), fatherlessness, and even a faltering capacity for language. Have you perhaps noticed people can’t debate like they used to?  (For proof, just look to the comments section of a newspaper article online.)  Inability to effectively articulate feelings may heighten elements of aggression. Look at the 1950s and ask yourself whether, or not, it was easier or more difficult to get one’s hands on a gun—especially as a young person. In general, I think most would agree that it was easier, and this is particularly true of rural America.  If liberal logic were accurate or consistent, then we’d expect to see a decrease in gun violence as access has been more and restricted by law upon law; that’s clearly not the case.  Here’s what a relative remembers about guns in the 1950s and 1960s.

I remember well the 1950’s. We had a lot of bullying in & after school, but none of this violence. And yes, I remember how easy it was for kids to get access to guns through the 1960’s. Dad had shotguns & .22 rifle propped in a corner of the basement, with ammo in the hall closet. I had a .22 rifle & ammo in my room. But honestly it never even occurred to me to ever shoot another person, or even point a gun at anyone. We played cowboys & Indians when I was a kid…running all over the neighborhood with cap pistols, “shooting” each other. We called it “guns,” by the way, never cowboys & Indians. “Hey Mom, we’re going out to play guns. Be back by 6:00 for dinner.” I grew up on TV shows that depicted violence, & John Wayne movies, and I liked going out to a deserted place to shoot grasshoppers with a .22. Taking my bike down to the river in junior high…I carried my .22 rifle over the handlebars of my bike, and you recall how long a ride that was. No one bothered me. My first 2 rifles I bought I got at Montgomery Wards downtown, bought them at age 16 or so, no questions asked. I bought a Ruger .357 Magnum revolver at age 17… Dad had to go down with me since I was under 21, but it was mine & he never blinked at my having a magnum revolver at that age. Dad gave Don a .22 revolver for Christmas when he was about 17, and Don and I shot it so much out at Terrace Heights we practically wore it out. Dad never gave a thought to giving him that, or us going out unsupervised to shoot it. I recall that until the 1968 Gun Control Act (after the murders of Jack Kennedy & Martin Luther King) I could have bought rifles mail-order from numerous magazines. Hundreds of different rifles, in dozens of outdoor magazines. Send a check, get a rifle in the mail. But no, absolutely no, mass shooting violence. So the availability of guns is absolutely not connected to today’s mass shootings. Plus, as the number of guns in America has exponentially grown in the past 30 years, and it most certainly has, the rate of violence has steadily & proportionately decreased to the lowest in recent memory (& not coincidentally, prison populations have soared.) More violent people are in prison. This data is easily accessed in the FBI’s website.

The news media also bears a great deal of blame here.  Years ago, I wrote a newspaper editor to suggest they stop printing the names of school shooters.  He replied that, while he understood my concerns, there was too great a public desire and right to know the details. Well, it’s those details that are partly responsible for the proliferation of copycat school shootings.  The Roseberg, Oregon shooter reportedly said as much in his sick online ramblings.  The Douglas County Sheriff certainly understood this when he refused to name the Roseburg shooter.  There is not a shred of doubt that there is a copycat element here; why isn’t the press behaving responsibly by refusing to repeatedly name or picture these shooters?  Their names should be forgotten, and the victims should be remembered.  (Of course, this is not the same thing as saying we shouldn’t very closely examine the lives and backstory of the shooters in an attempt to better understand this unfolding tragedy, but let them be anonymous in identification.)  A friend and retired educator of incarcerated youngsters commented the following.

They seemed to have no ability to foresee their future and had fantasies about either doing something big or doing something bad that would get them into the newspapers. Wanting to find some sense of “self-worth” in violence that would get them noticed was prominent. Those who had committed murder did not seem to understand death. Suicide is often the expected outcome or to be shot by the police.

Another dimension of my thinking on this topic is the fact that I’m a fellow who can say that I’ve saved lives both by use of a weapon as well as the use of emergency medical knowledge–CPR. That reminds me that one of the most important things in this debate is to avoid becoming either kind of bystander–e.g. one who fails to participate in the debate in a constructive way and one who is shot.

Following are five short-term suggestions for readers’ consideration.  First, increase plain-clothes police in schools.  They should be patrolling schools on a random, yet thorough, basis.  Second, as Rob Myers suggested, engage more with those on the margins of society, the outsiders.  Teach your children to be kind and to treat others with respect, love, and empathy.  This also includes greatly increasing access to mental health.  I suggest restricting weapon ownership for select mentally ill people is also required.  Third, take your family to church and limit the influence of the internet and technology within your family.  Fourth, as The Atlantic recently pointed out in an article, there is significant hyperbole taking place with regard to the statistics surrounding school shootings, and we all need to be conscious of the power of bad statistics to heighten anger and panic.  Don’t repeat outlandish statistics and demand more accountability from the media regarding the publication of the shooters’ personal information.  After all, calling these shooters “lone wolves” only serves to insult a noble creature of nature; they are dysfunctional cowards. Fifth, consider taking greater responsibility for your own safety and security by learning to safely and legally use a firearm in self-defense. 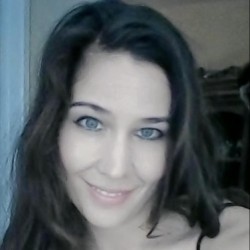 BENHAM BROS: We Christians Must Shine Our Lights In Morally Dark Culture

Different Takes: Lessons On The Differences, If Any, Between Biden, Sanders On Health Care; Medicaid’s Future Needs To Be Front And Center In The Ongoing Discussions

Warning: 12 Important Reasons for Music in Our Schools